From the snowy peak of Mount Etna to sandy beaches framed by azure waters and rolling farmland, Sicily is a land of contrasts—Italy to the nth degree. Jennifer V. Cole offers a food lover’s guide to the Mediterranean’s largest island.
Indagare Link to Story

What happens when you uproot to chase the sun around the world?
Food & Wine Link to Story

Leave the cooking to the pros this summer.
Endless Vacation Link to Story

For both practical and personal reasons, paper is one of our favorite tools in the kitchen. Today, when nearly every recipe you can imagine has been digitized and stored in your favorite app or the cloud, home cooks continue to print them out and buy or use cookbooks in the kitchen. In fact, almost every food website or cooking blog includes a prominent print button.
The Garage Link to Story

Chasing the Gator: Isaac Toups and the New Cajun Cooking

Cajun country is the last bastion of true American regional cooking, and no one knows it better than Isaac Toups. Now the chef of the acclaimed Toups' Meatery and Toups South in New Orleans, he grew up deep in the Atchafalaya Basin of Louisiana, where his ancestors settled 300 years ago. There, hunting and fishing trips provide the ingredients for communal gatherings, and these shrimp and crawfish
Little, Brown and Company Link to Story

I grew up at the knees of some of the South’s great biscuit makers, but a Sicilian taught me how to cook. My senior year at Auburn University, serendipity (and a mothering Turkish woman) introduced me to Flavia Mammana, a visiting mathematics scholar from Catania who was working on her doctorate.
Food & Wine Link to Story

50 States, 50 Dishes: America’s Favorite Foods and Where to Get Them

We love talking about where to eat around the world: the best breakfast spots in Sydney, cafés in Paris, street food stalls serving to-die-for tom yom soup in Bangkok. But this Fourth of July, we're looking in our own backyard. Many are fried (so many); many are meaty. None, save Alabama’s, feature vegetables—and those tomatoes, we’d note, are fried.
Conde Nast Traveler Link to Story

If the beaches of Gulf Shores are Alabama’s front porch, then Lake Martin is its living room. The 41,150 acres of glistening water, formed in 1926 by damming the Tallapoosa River—creating, at the time, the largest man-made body of water in the world—are where Birmingham, Montgomery, and Auburn set up camp from Memorial Day to Labor Day.
Garden & Gun Link to Story

Through this multilayered portrait of the American South, discover the soul and secrets of the region from folk artists, social justice reformers, jazz icons, renowned storytellers, pitmaster legends and more.
Wildsam Field Guides Link to Story

Last July I had a pulled pork plate that perfectly summarized dining in the South right now. It was at Miller Union, a convivial restaurant in Atlanta (where I live — at least, for the week or so a month when I’m not on the road). You’ll find pulled pork plates everywhere in the South, of course; on this one, devised by chef and Georgia native Steven Satterfield, the meat came heaped over a handsomely misshapen johnnycake, lacy around the edges and ideal for soaking up the pork’s juices.
Eater National Link to Story
View More Stories

Mississippi-born Jennifer V. Cole is a freelance writer and editor. Her work appears in Food & Wine, Garden & Gun, Eater, Fast Company, Coastal Living, Travel + Leisure, Esquire, Punch, Modern Farmer, and more. She was Deputy Editor of Southern Living, where she covered the South for nearly a decade. She has been circumnavigating the globe (without permanent home) since spring 2017. These days you're most likely to find her in Sicily, Mexico City, or New Orleans.

Cole is co-author of Chasing the Gator (Little, Brown and Company) with chef Issac Toups, which was nominated for the 2019 IACP Julia Child First Book Award. She launched and was Editor-at-Large for Bake From Scratch, a luxury consumer publication dedicated to the world of bread, pastry, and confections. It was named the Hottest New Magazine by min in 2016, among 217 contenders. She guest edited the spring 2017 issue of Gravy, the James Beard Award-winning publication of the Southern Foodways Alliance, and edited the "American South" Wildsam Field Guide.

After graduating with honors from Auburn University with a triple major in Economics, French, and German, she made her way to New York where she worked at TIME magazine, and subsequently as an editor for Travel + Leisure. She has climbed Mt. Kilimanjaro, ridden elephant-back through the jungles of Thailand, and sailed on gulets over the Aegean Sea. She’s generally made it her mission to eat her way around the world—she’ll try anything once.

Cole was the founding editor and producer of the Southern Living "Biscuits & Jam" video and concert music series. She has been named an Arkansas Traveler by the Governor and Secretary of State of Arkansas and received a proclamation from the Tennessee legislature for her work in food and music. She regularly speaks at conferences and events such as Terra Vita, BevCon, Food Media South, Atlanta Food & Wine Festival, and the Southern Food Writing Conference. Her work has been recognized by min, Folio, and the Society of American Travel Writers.

Cole speaks French, Italian, and German—and enough Spanish and Dutch to get in trouble. She takes her bourbon neat. 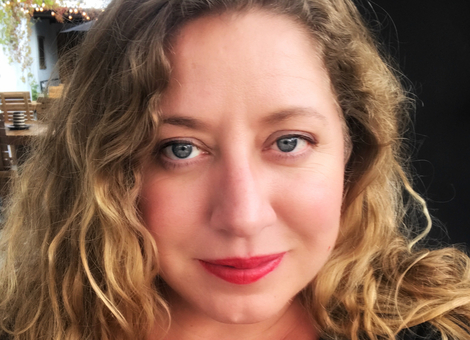